He studied Scenography (Madrid), and Interior Design and Art History (Zaragoza).
His first encounter with art was through painting. Color and composition play an important role in his work; his interest in space composition was encouraged after his stay in Madrid. He has applied the scenic world to his art and compositions since then.
After two years at the architecture studio of José Manuel Pérez Latorre (Zaragoza), working on projects such as the memorial to the industry (monumento a la industria) or the façade of the IAACC Pablo Serrano Museum (Museo Pablo Serrano (IAACC)), the artist decided to travel and complete his training -purely artistic at that time-. He lived and worked in Prague and Paris, two years of experiences that helped him to integrate all his livings in his current work.
In 2018 was selected, among others, to participate in two collective exhibitions for the 24th drawing contest Gregorio Prieto 2018/17 at Casa de Vacas – Retiro Park in Madrid, and the Gregorio Prieto Foundation (Fundación Gregorio Prieto) in Ciudad Real, and the 29th Art Award Santa Isabel de Aragón, Queen of Portugal (Zaragoza).
Of his exhibited projects he likes standing out his work ‘Pieces of an own space’ (“Fragmentos de un espacio propio”) showed at Casa do Brasil (Madrid 2018), his solo exhibition ‘All that stays’ (“Todo lo que queda” – Zaragoza 2015) at the IAACC Pablo Serrano Museum of Zaragoza, and his art piece ‘Living artwork!’ (“¡Obra pictórica viva!” – 2015), an intervention at the museum restaurant.

… facing a total absence of meaning, surrounded by a game drive, between the freedom and the need, I wonder with no stop about the senses; about those human conflicts which set their own limits and shapes at the same time, universal concepts of oneself and of the ‘others’. There, where those senses turn unreachable, I put them in order, I imagine bridges built to get further than the Me-alone, than the opaque-human-BEING…
Creating this way a unique alphabet, looking for talking through the transformation of the written concept and its abstract structure -regardless the mere ‘fragment’- and through the interpretation, about the boundaries of my condition: the inner uncertainties going outside without a single crack. 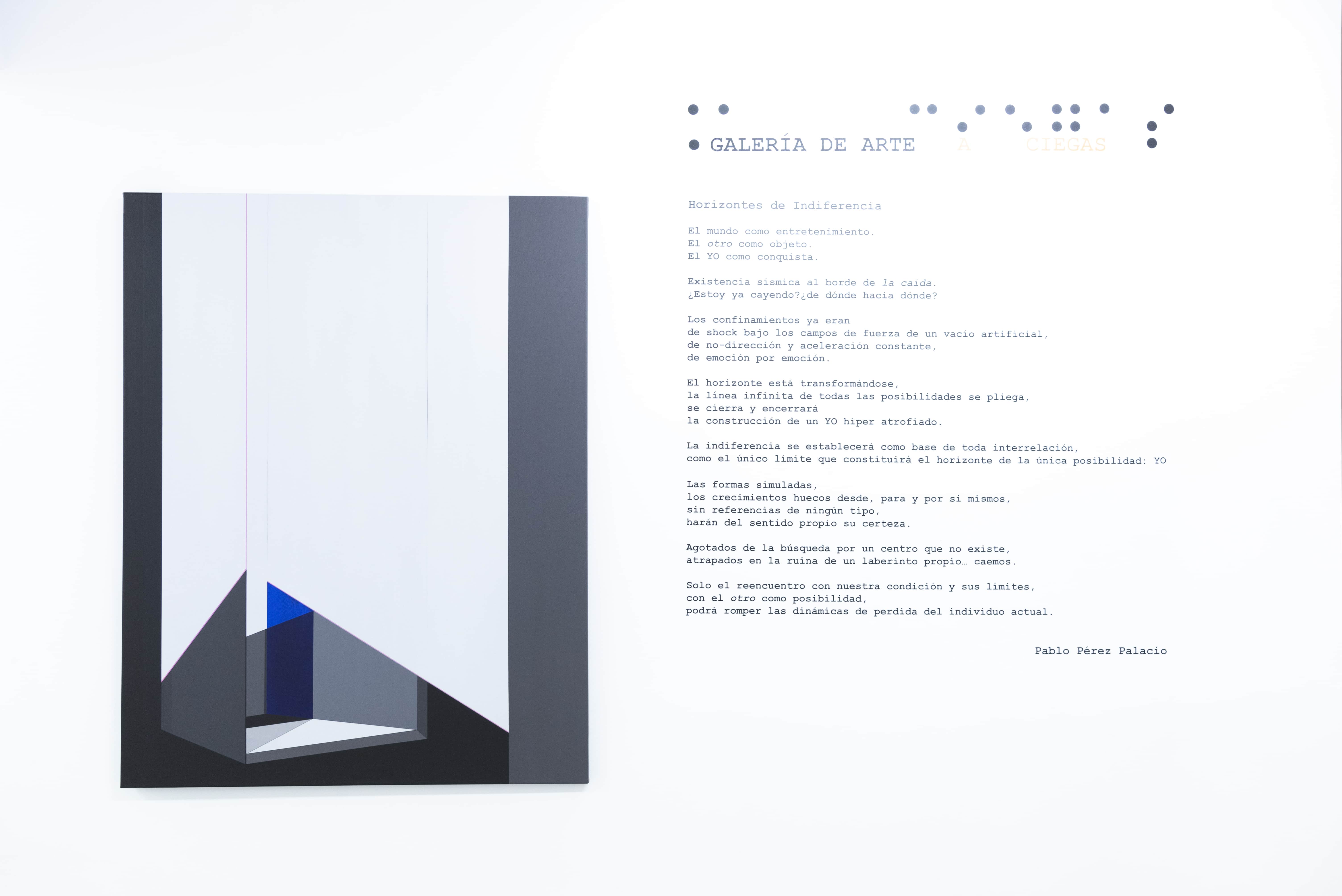 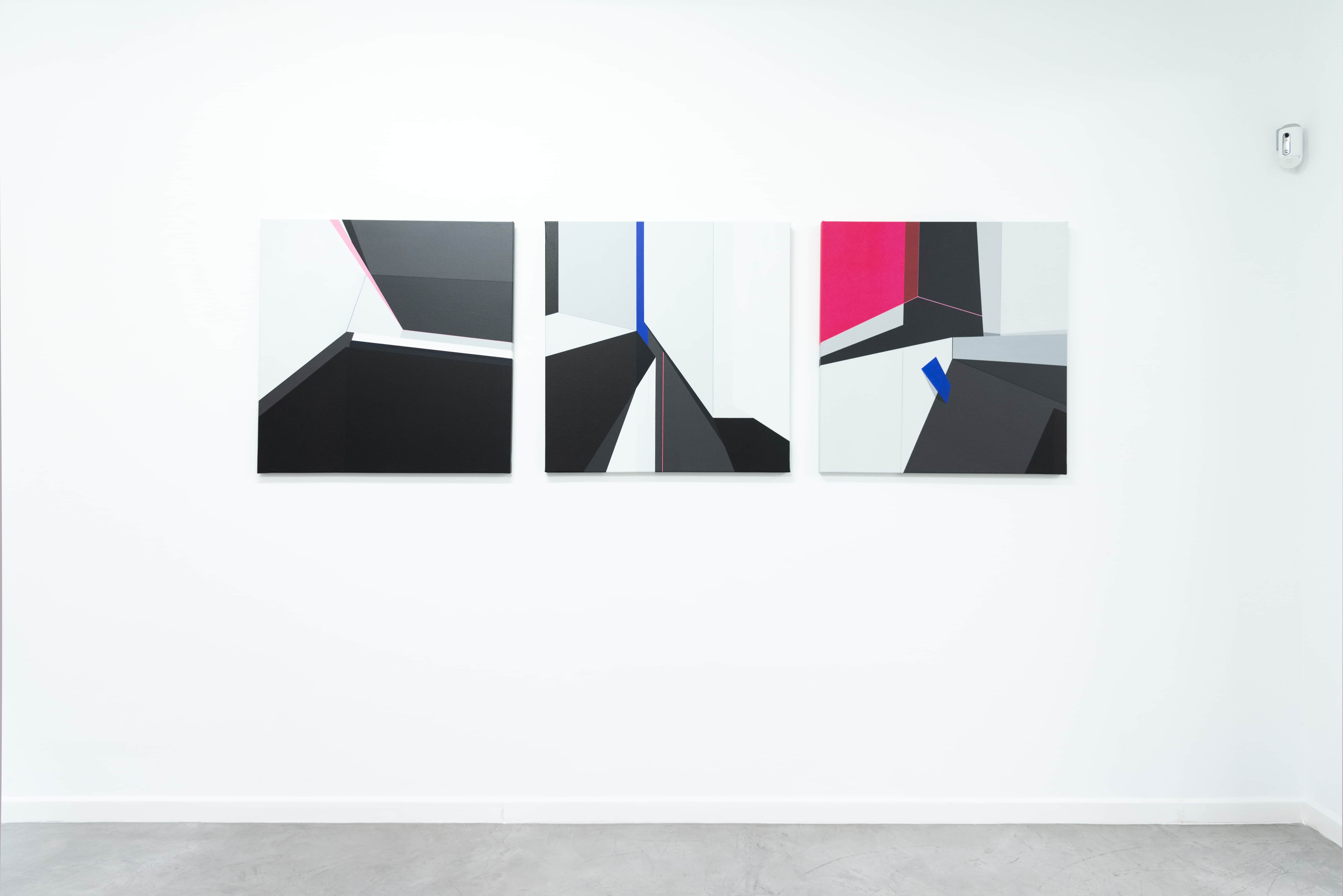 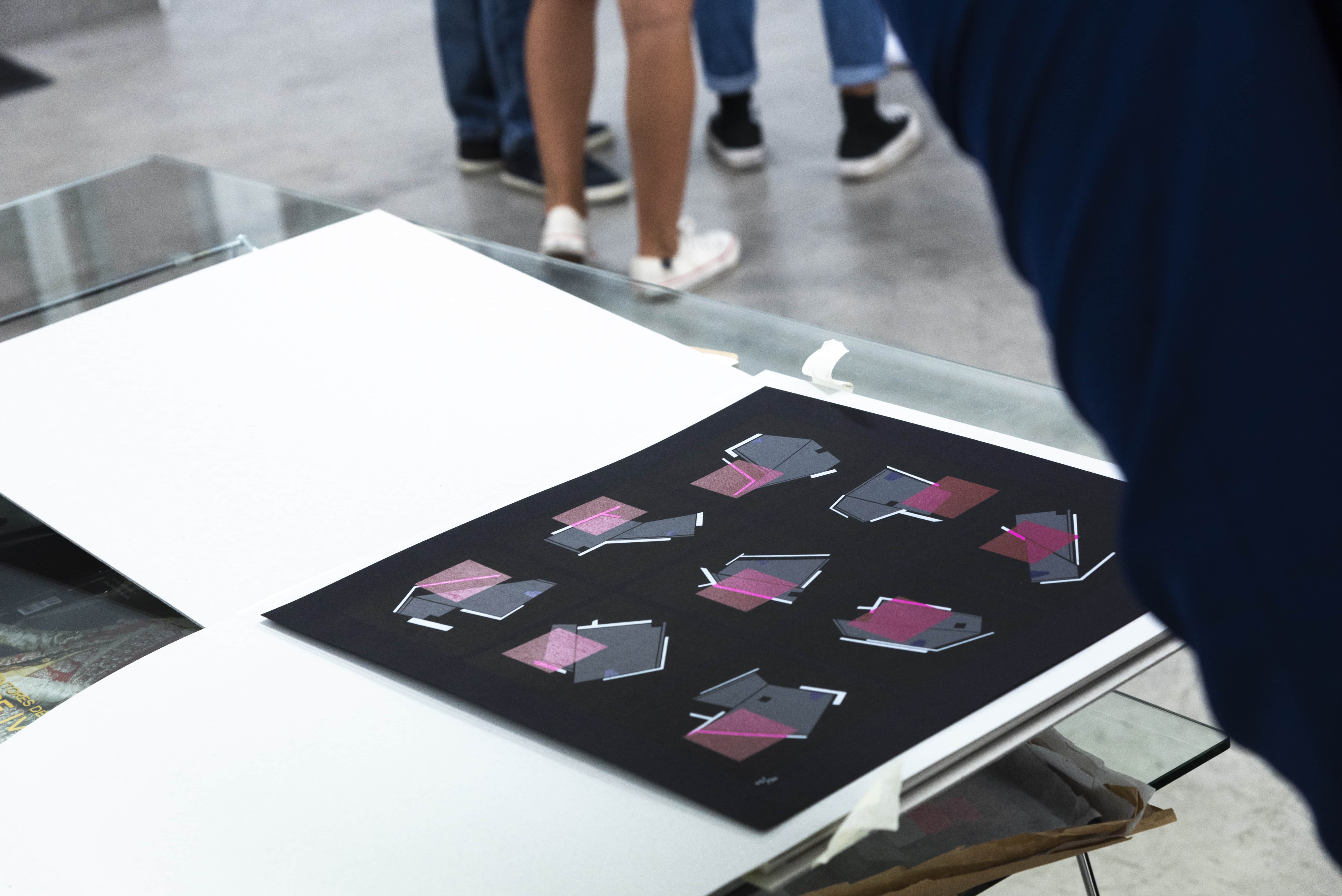 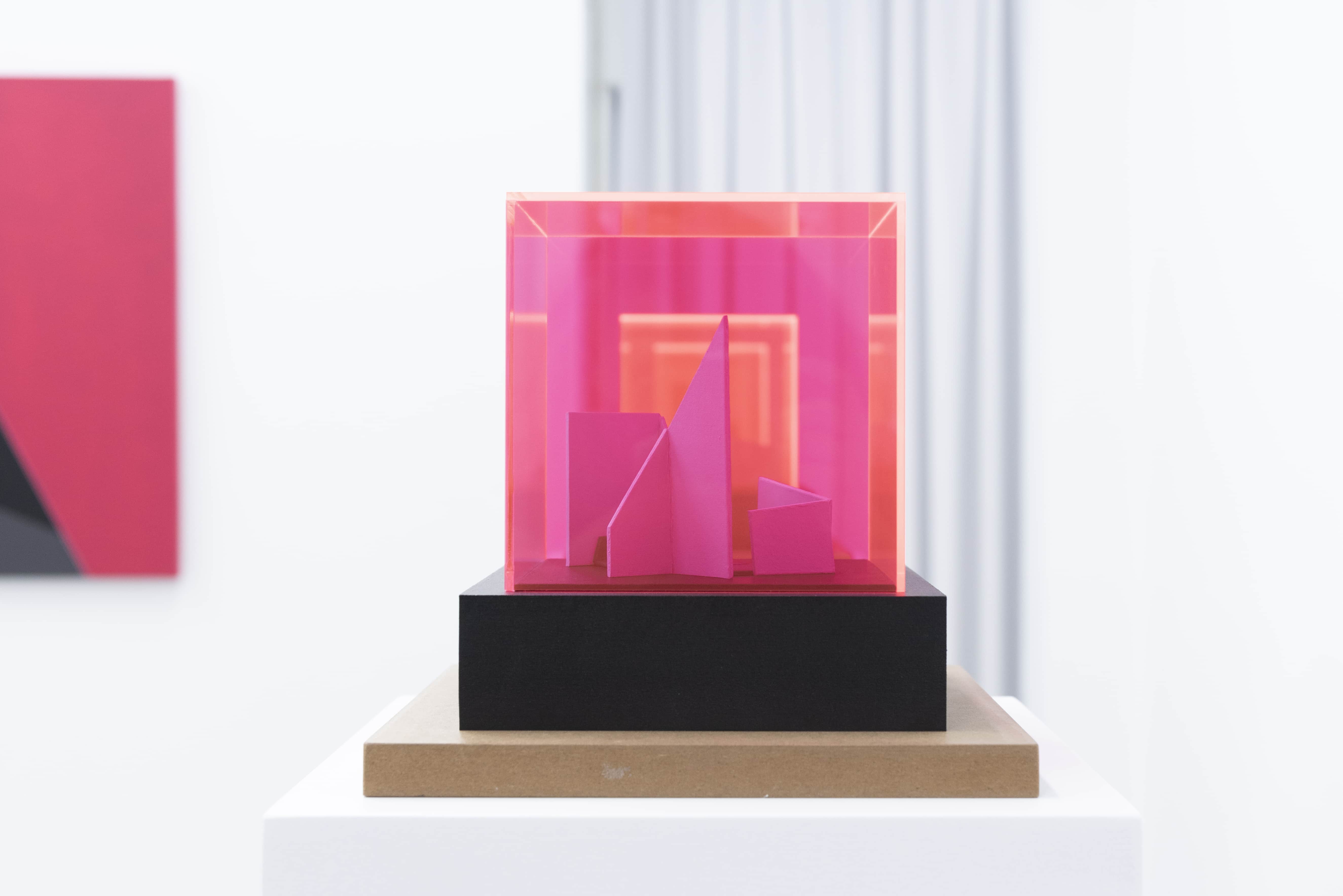 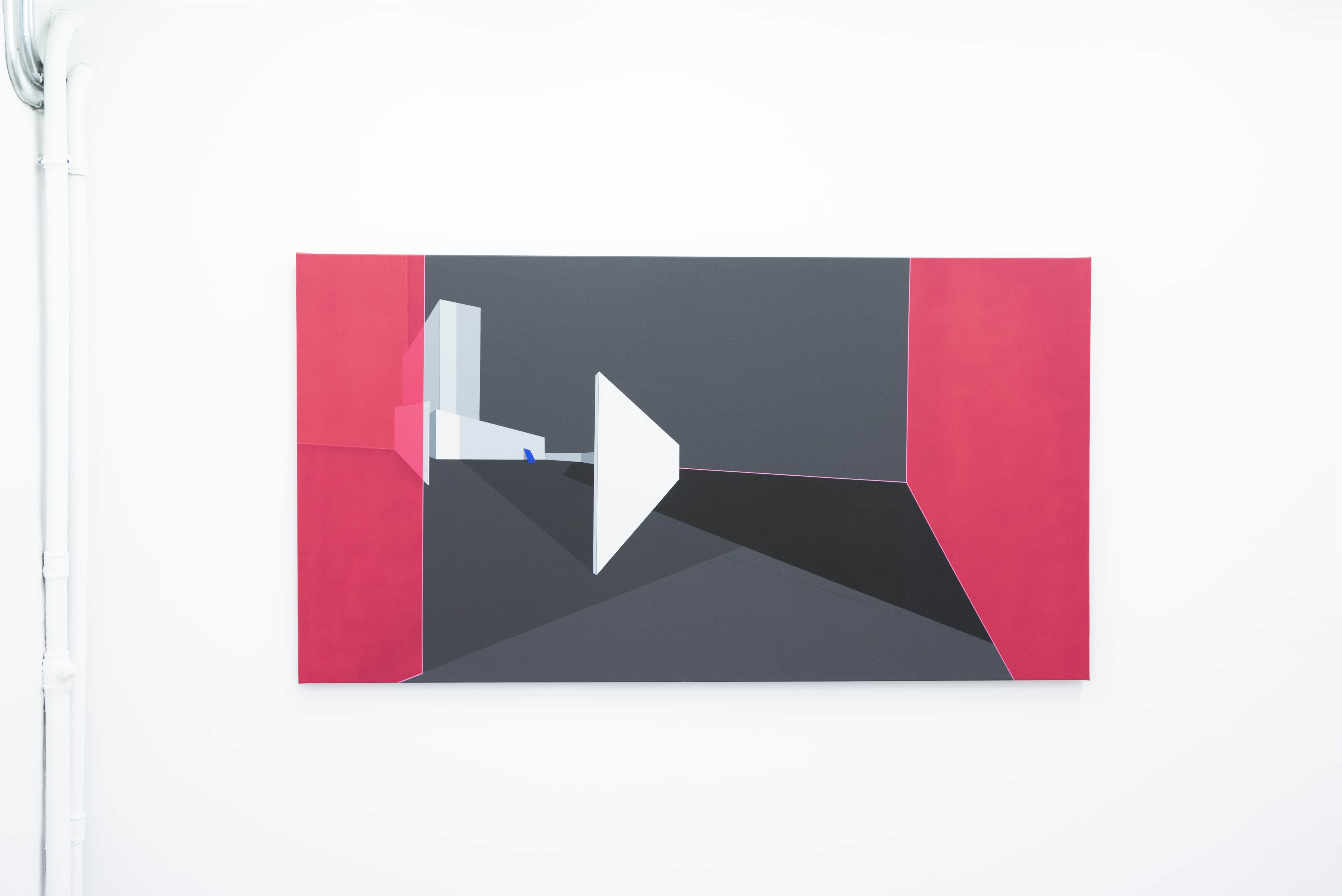 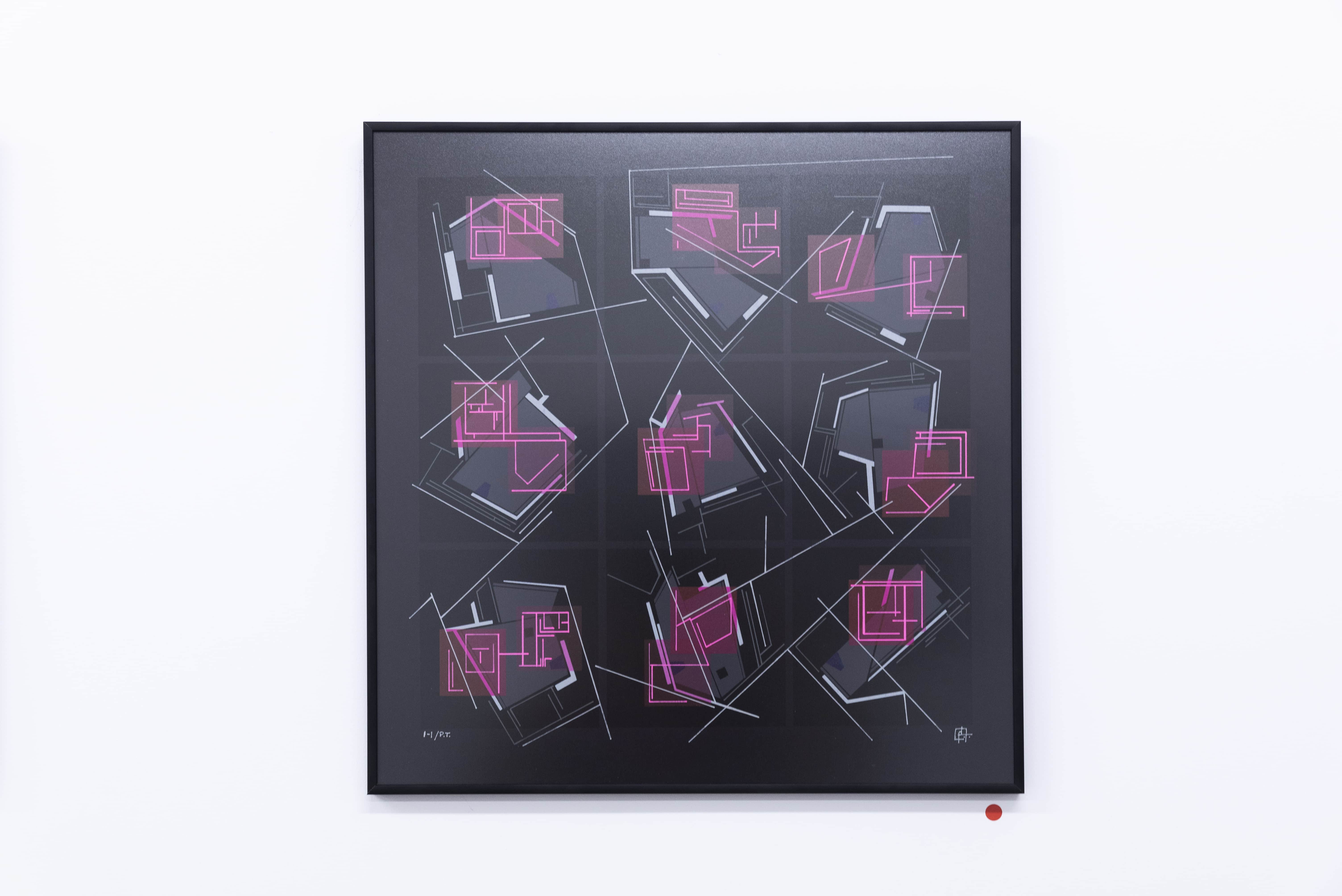 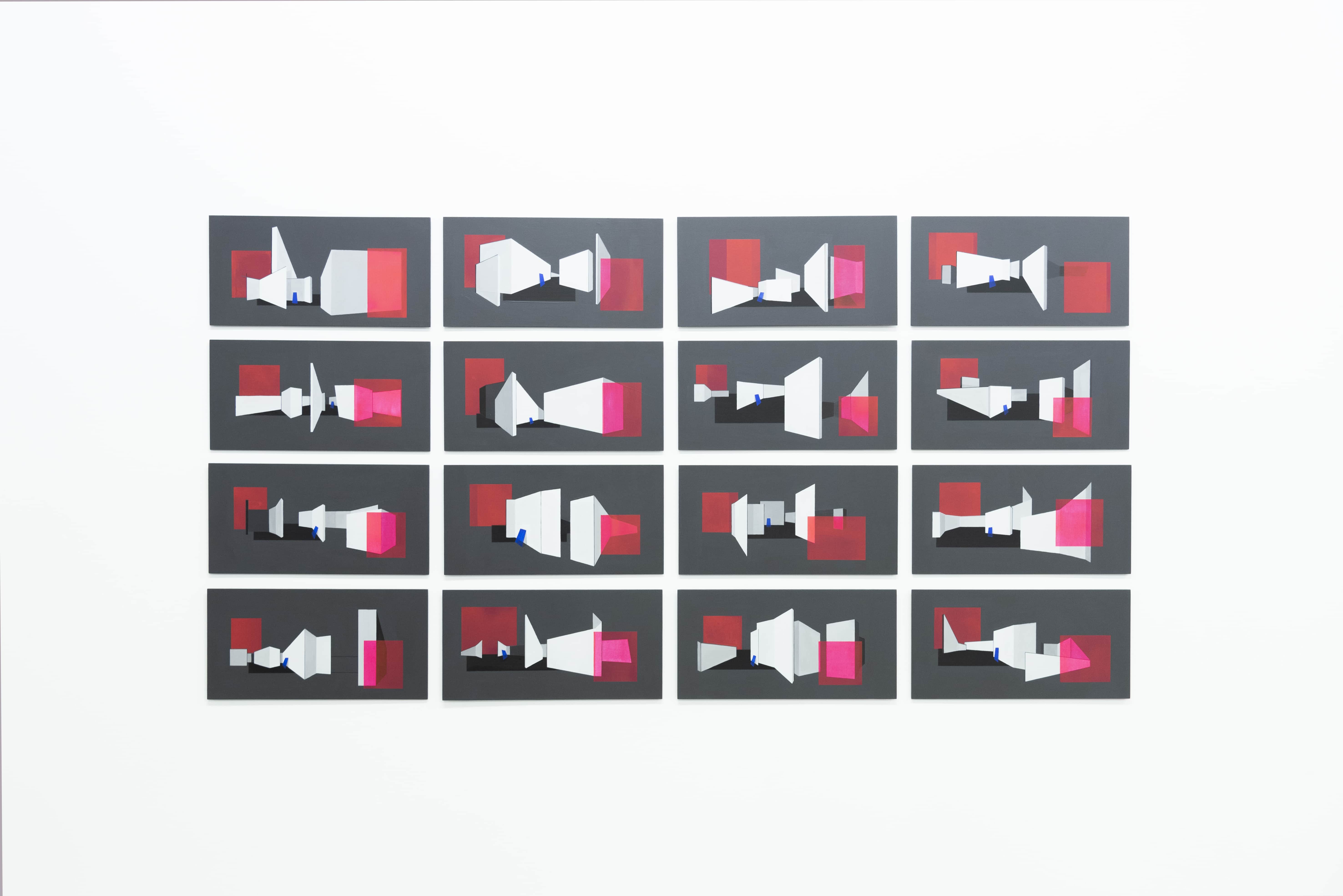