Visual artist graduated in Fine Arts by the Polytechnic University of Valencia and the University of Salamanca. She has completed her training in several drawing & painting studios of the Spanish Institute for Youth Development (Injuve), the Círculo de Bellas Artes cultural institution, and the Museum of American Illustration of New York, among others.

In 2016 she exhibited her project ‘(DECODING) Material games from the data base world’ at the Studio Kura Gallery, Fukuoka, Japan. This work was also exhibited at the Circuit of Art & Technology ArtMAdrid’17, and at The Makers (Madrid). It was awarded the grant of La Cárcel Creative Center of Segovia.

Her creations have been awarded other grants and prizes such as the ‘Experimental Painting’ Award (Premio “Pintura Experimental”) of the Arjona Studio, Madrid. 1st Prize Club Diario Levante, Valencia and Finalist of “La Vietnamita” Award, Riudebitlles X Biennal Award, Catalunya.

About her work:
Carla Cañellas focuses her work on the construction of identity in different social contexts, through the specific investigation on manipulated scenes by the so-called social engineering. She explores the creation of art from an exercise of questioning, criticizing, educating and transforming our society.

Her work reflects a portrait of the self-originated from a dialogue with the observer, who is the creator of the final story.
Last year, the artist published her self-edited first book ”Detenidos” (‘Paused’), which talks about the consequences of the economic crisis for the Spanish society, and contains an educative/didactic annex. She complements her activity with collaborative group projects and teaching in workshops.
She is member of the group Fotoeduterapia since 2006, which works on the idea that the hallmark of Photography in the Classroom is the integration of content, strategies and ways of understanding contemporary photography, as well as its application in education, art therapy, psychotherapy, and social intervention. Along her career, she has participated in several solo and collective exhibitions in Europe and Asia. 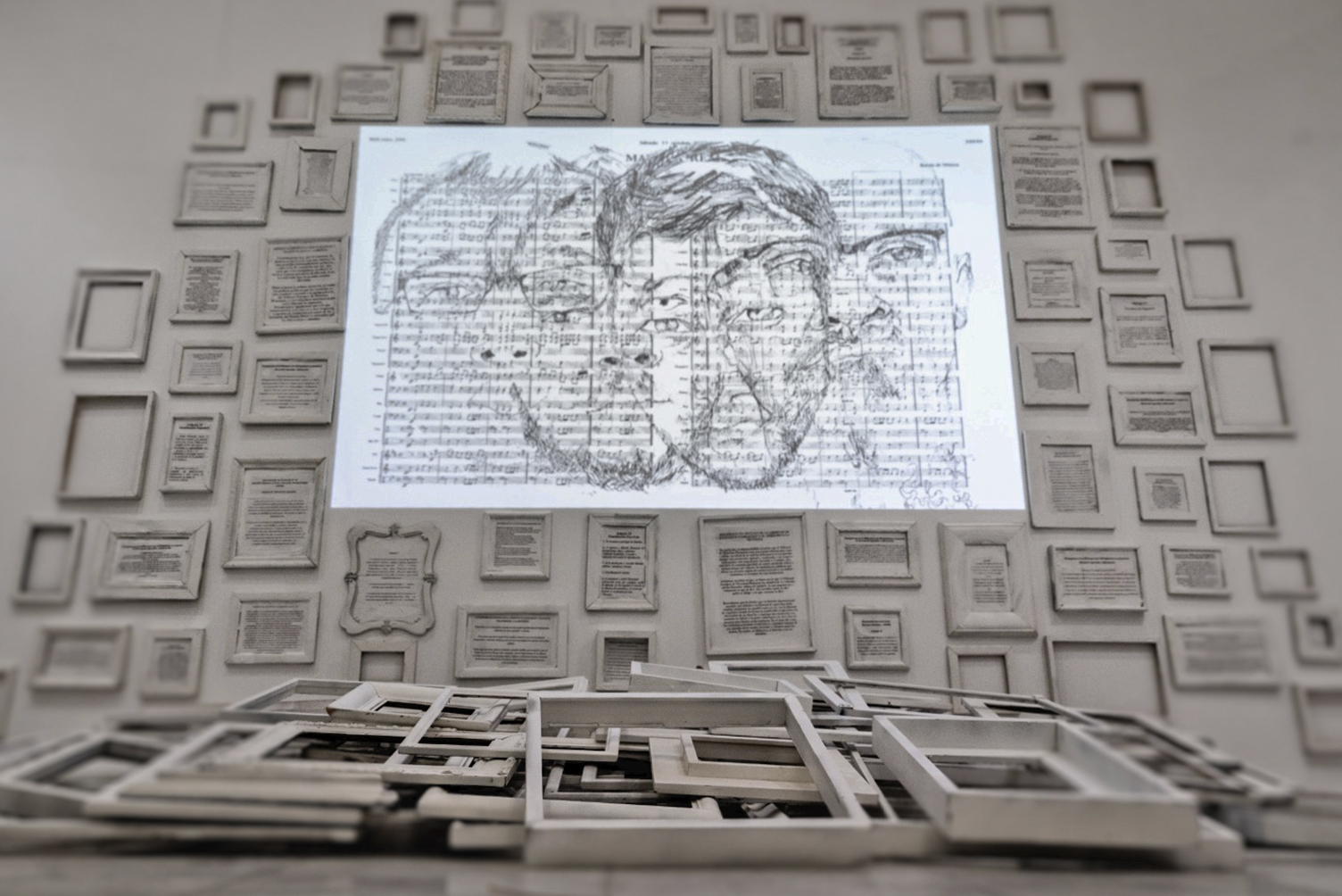 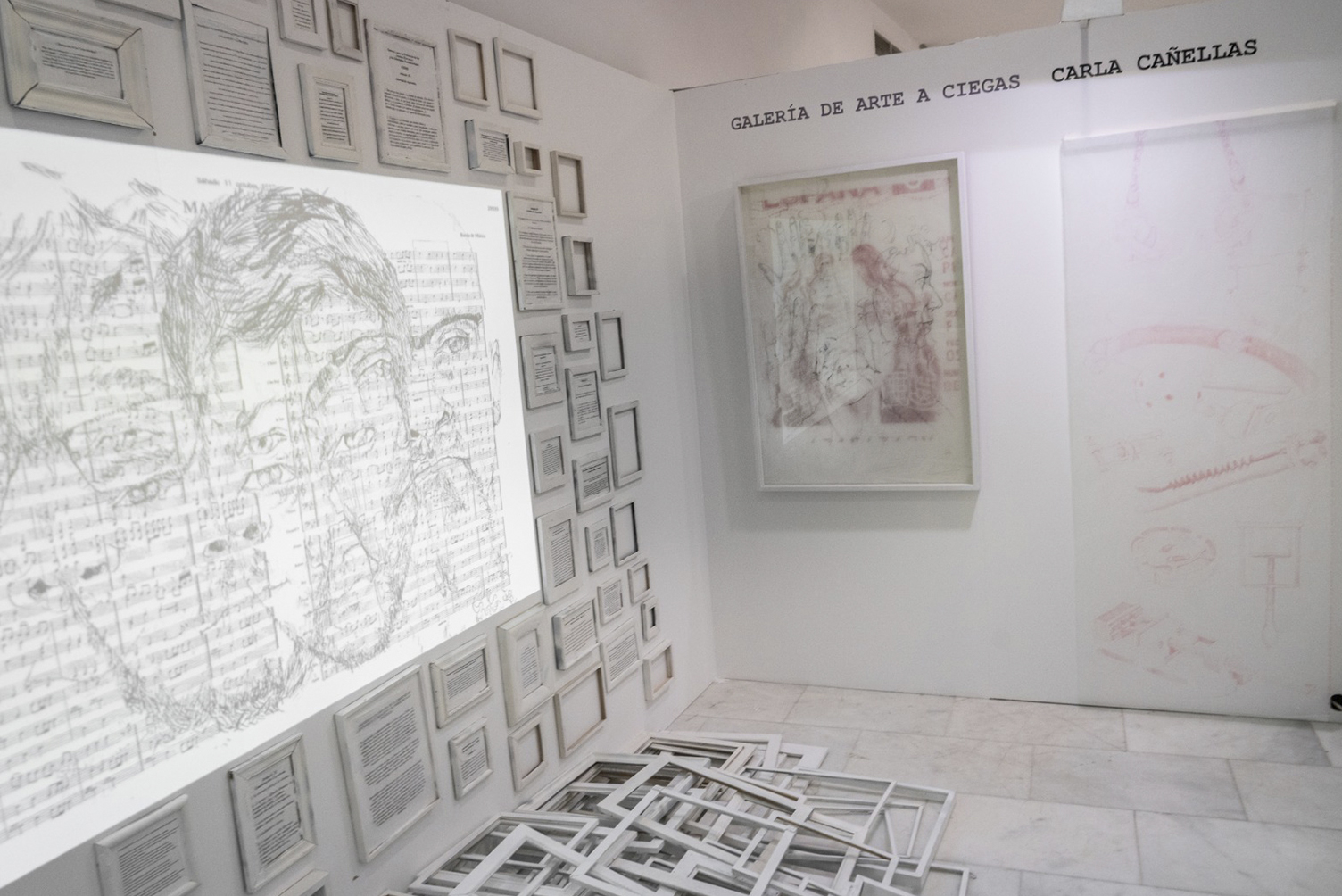 EXHIBITIONS AT THE GALLERY

There are other testimonies that cross the strict limits, other speeches never spoken that are otherwise shared and essential to build our identity and cultural imaginary. They become all a declaration and shield against those subtle rules that are thought to create a web of layers to unconsciously cut down the line of freedom and critical emancipation, all of which is witness and scream, a basic need to escape from an hegemonic discourse.
Cañellas talks about those empty and full frames which are mirrors to reflect ourselves, and the consequences of said plots, in this solo exhibition, where she shows the latest pieces of her most political line of work: censoring, freedom of expression, equal rights and terms & conditions of privacy.
The exhibition, which is shown through portraits in different disciplines, is divided in three main pieces:
Variations in treble clef for frame formalizations in crescendo (Variaciones en clave de sol para formalizaciones de marco in crescendo): a video installation that wonder about the national and international laws of censoring.
Motherland (Matria): a composition of drawings on the imaginary of the artist’s female role models which consists of one piece and an uncompleted series to be finished along the duration of the exhibition. Two months throughout which Cañellas will draw new examples proposed by the public; and I agree: an installation on the use of our data in applications and social networks.
Together with these three main works, the exhibition includes a series of pieces of graphic designs. 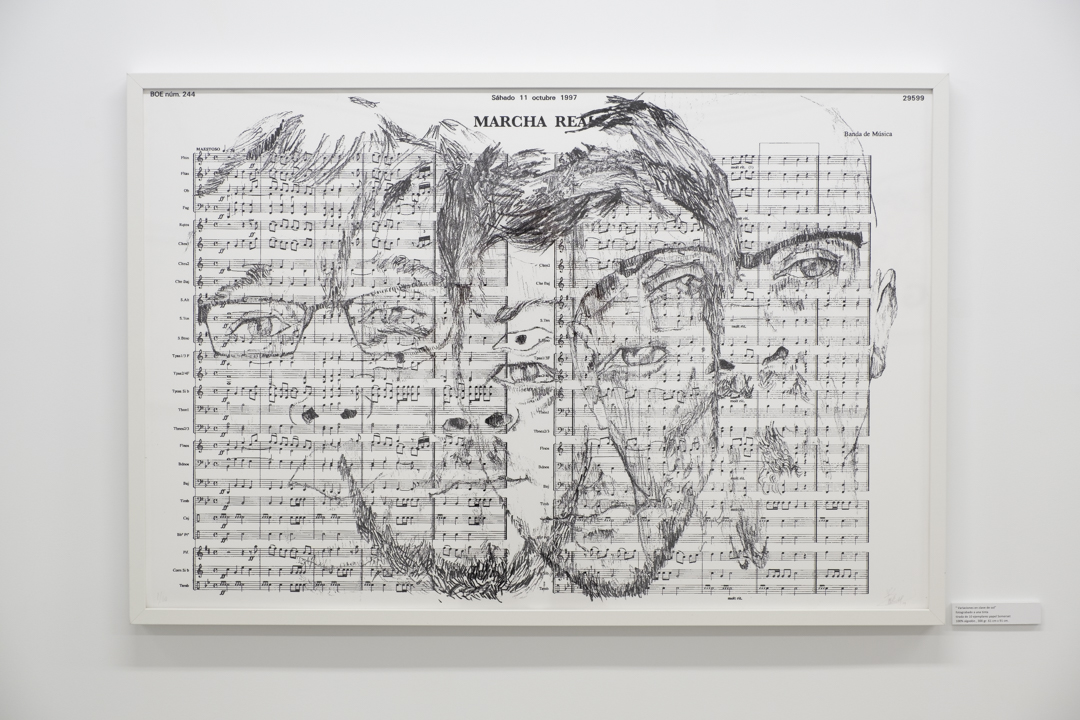 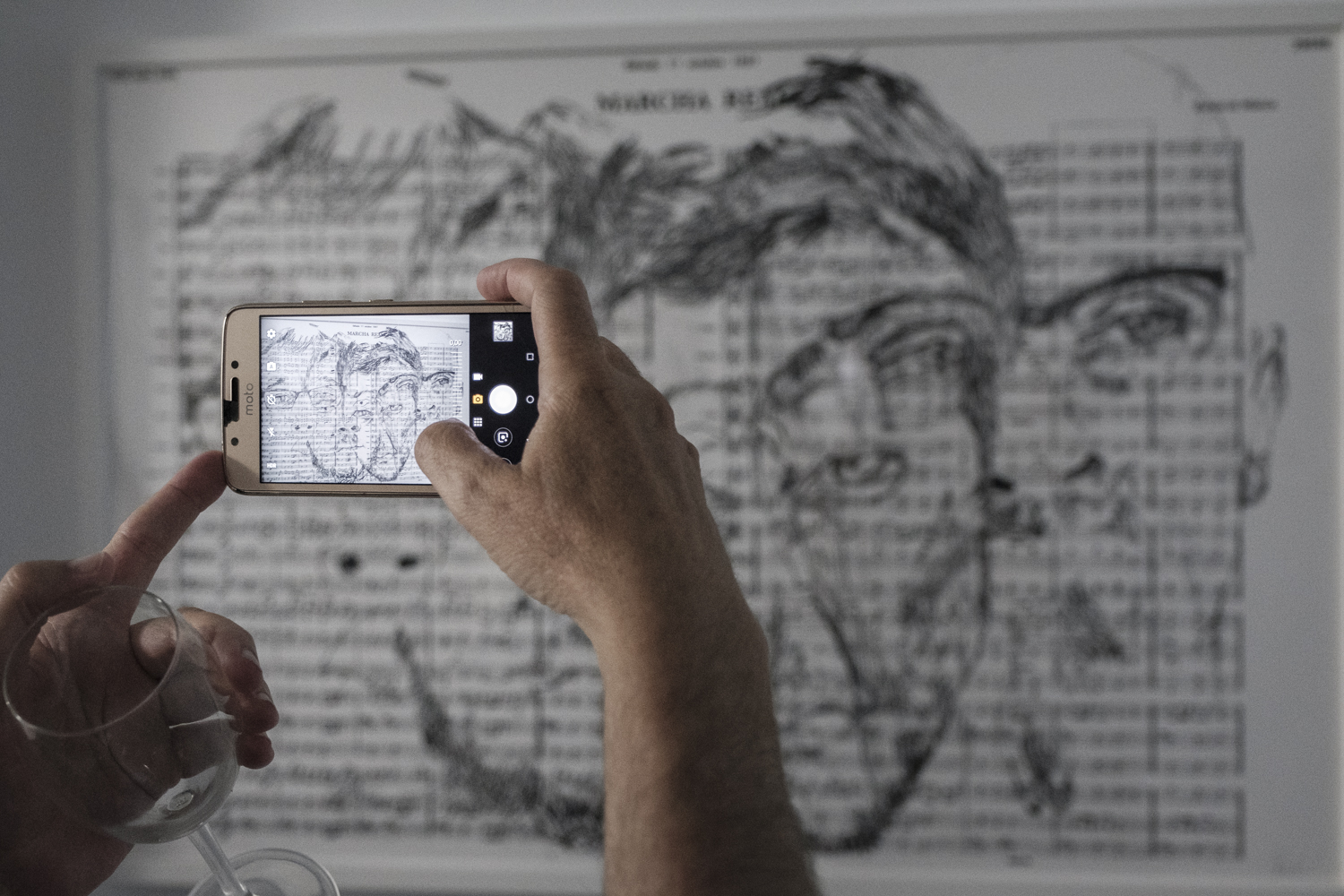 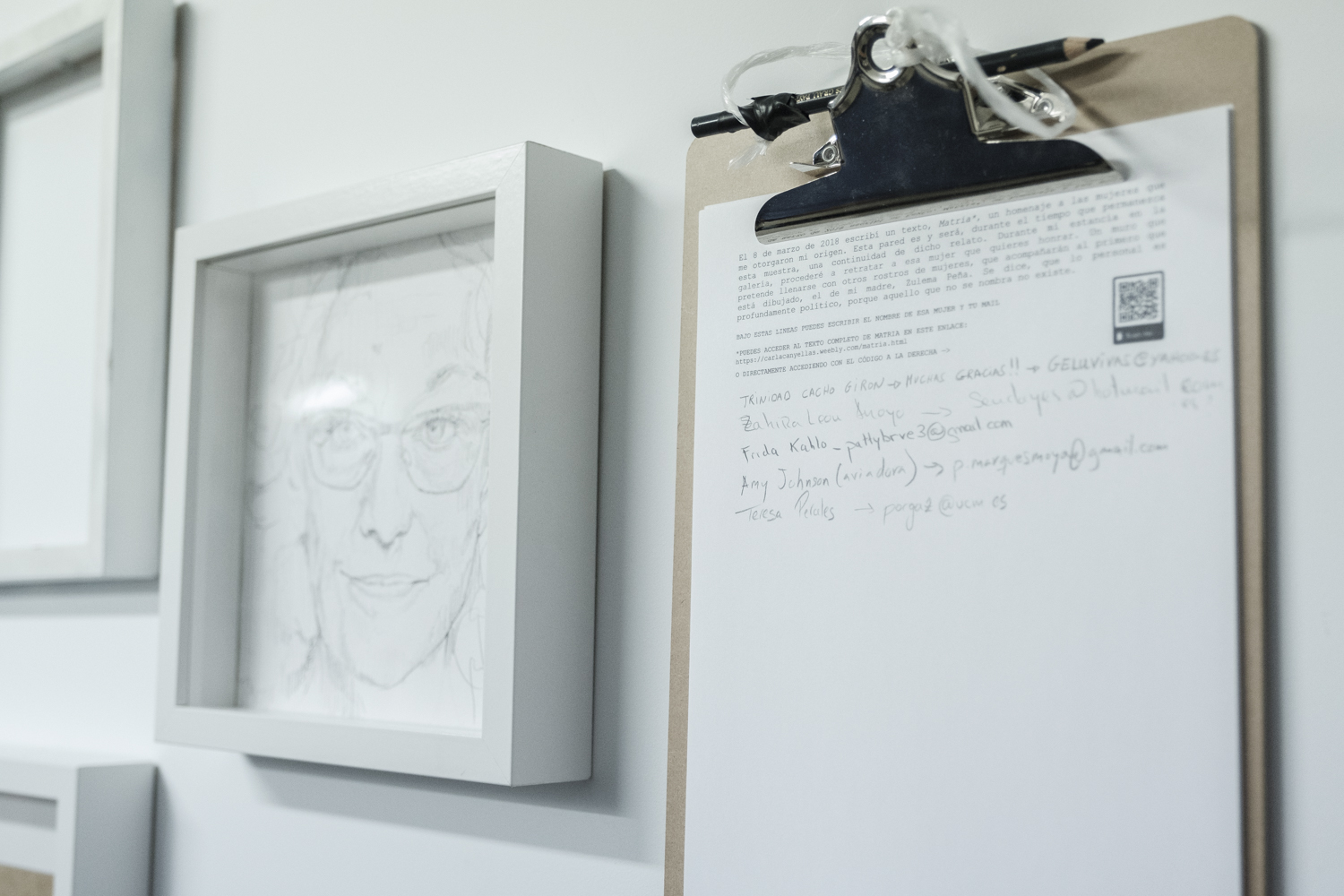 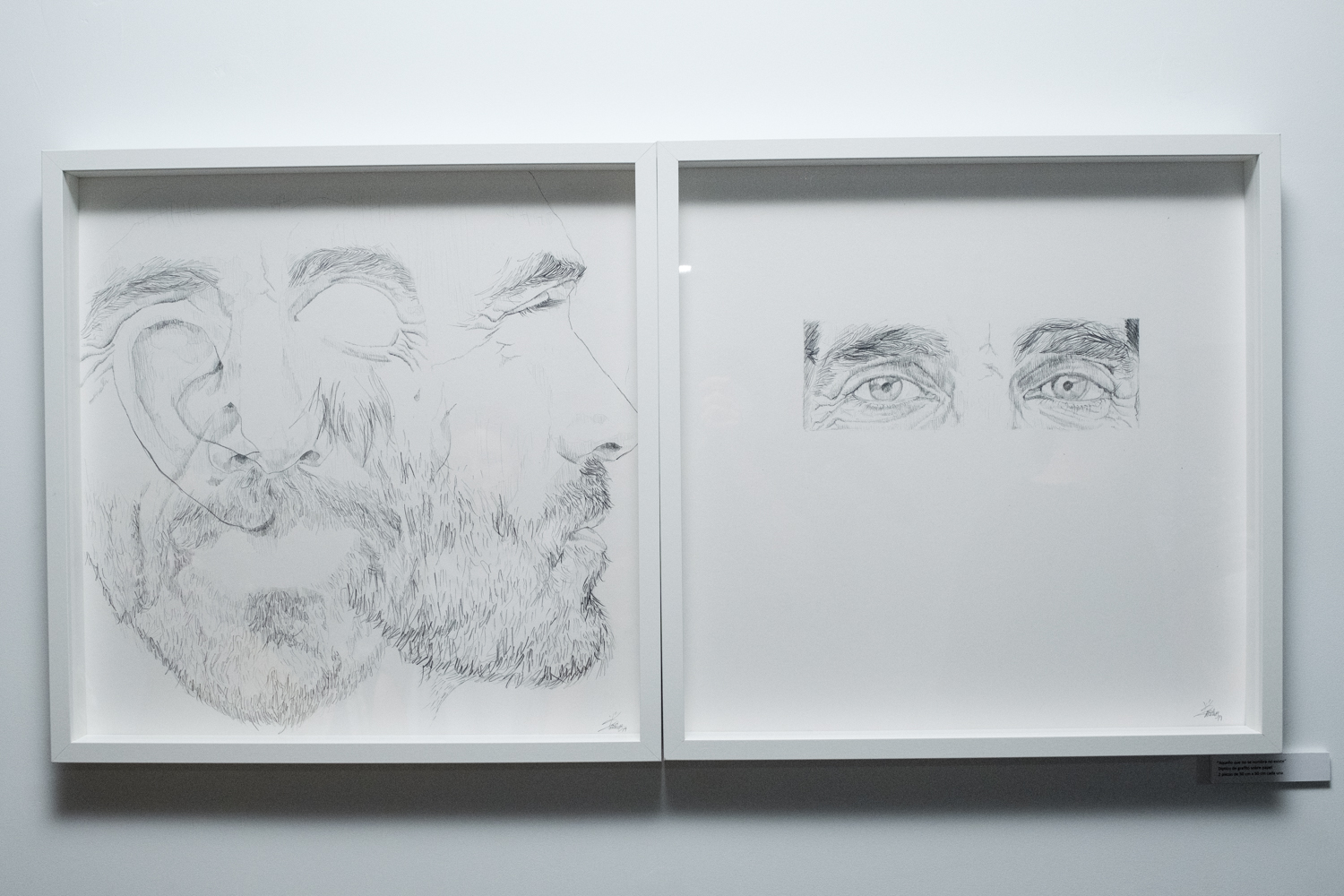 Which is not named does not exist (Aquello que no se nombra no existe)
Graphite diptych on paper. 50x50cm 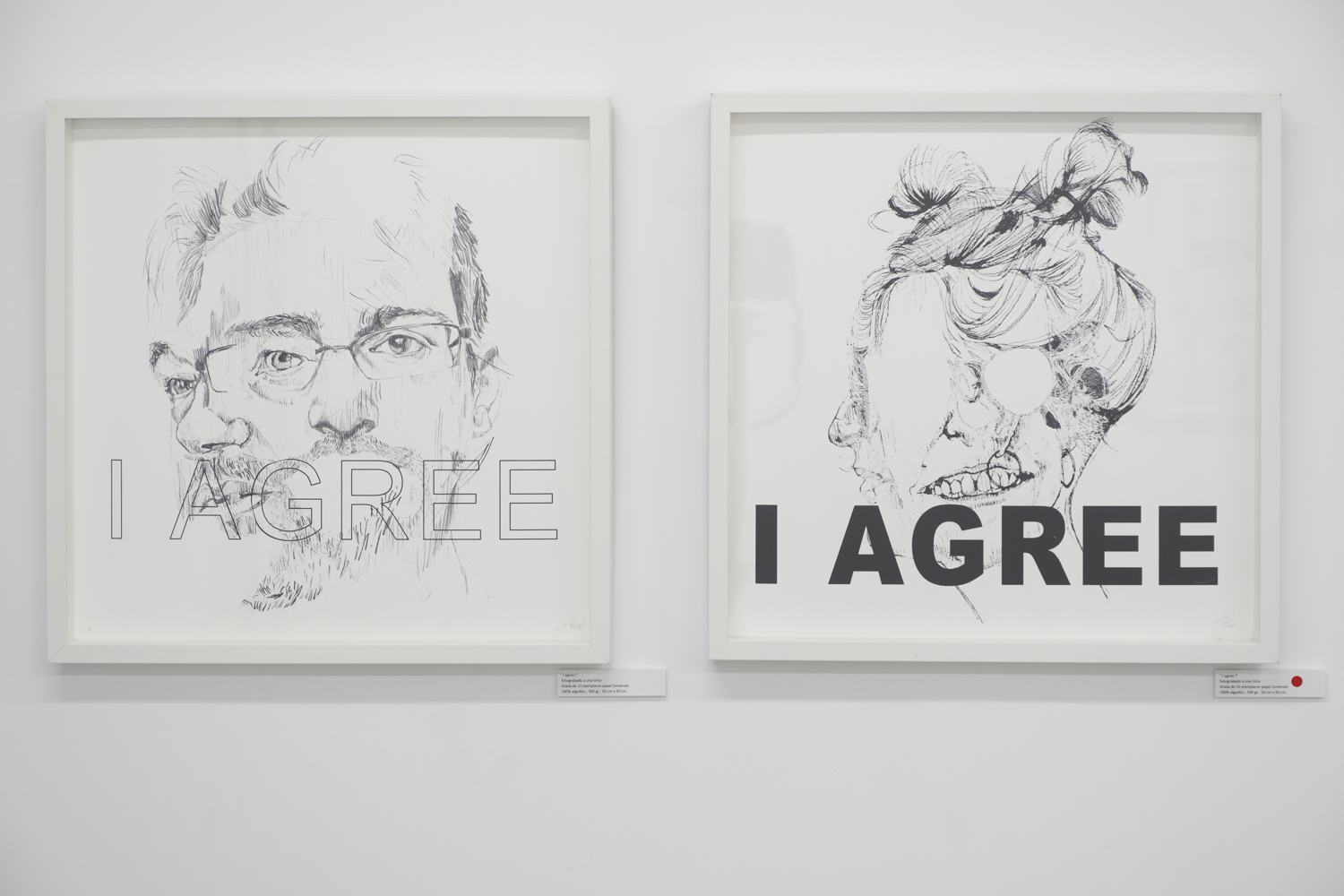 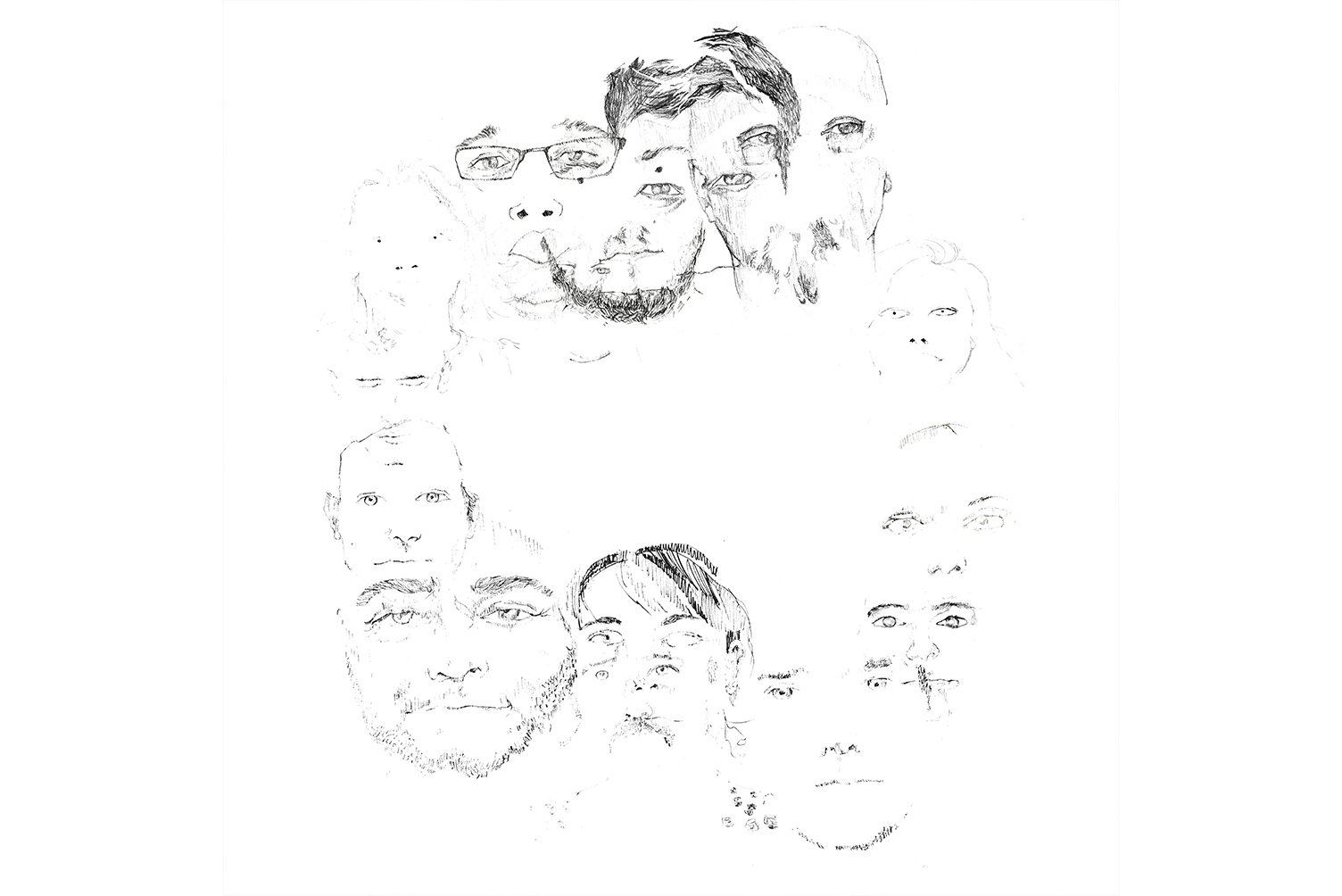 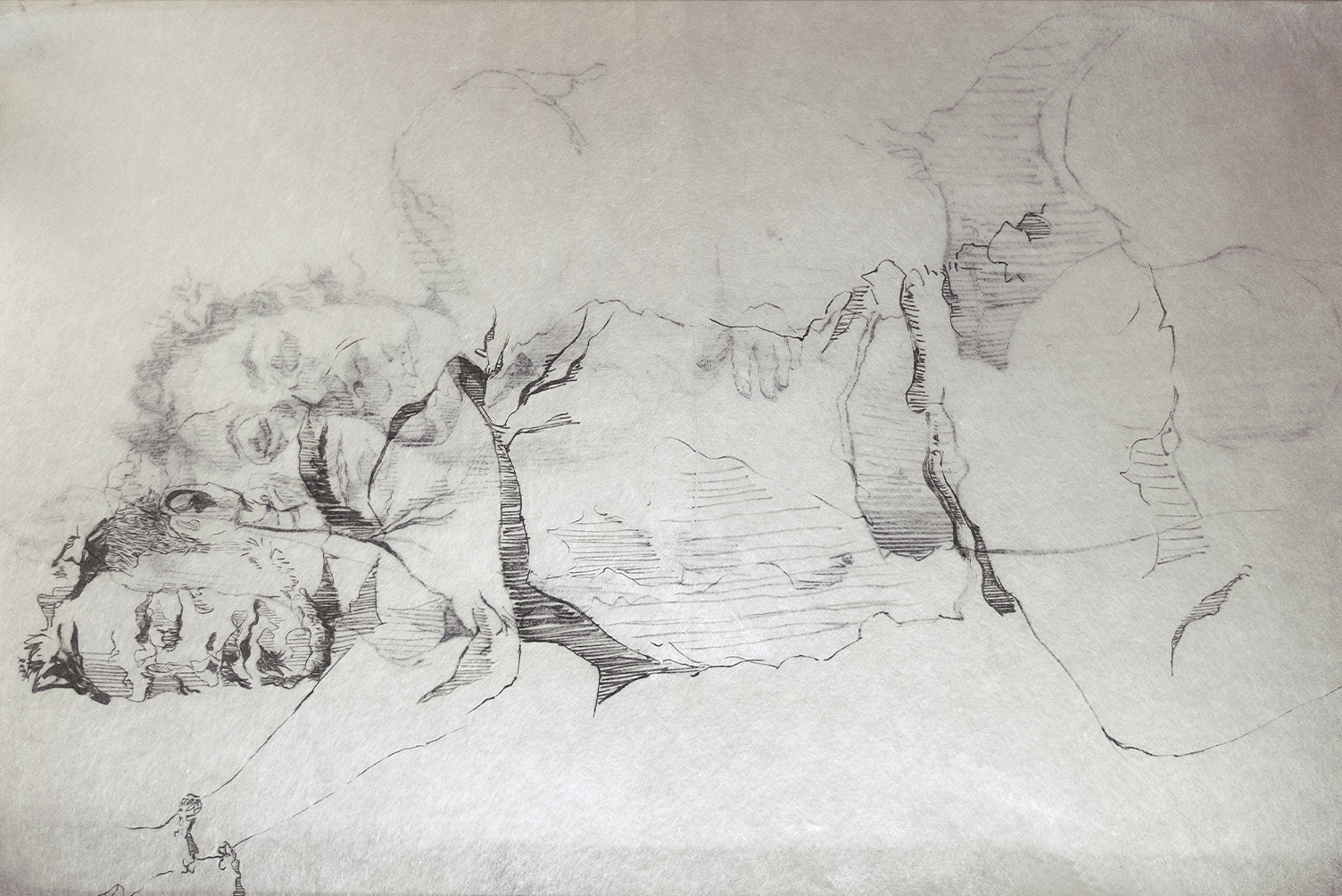 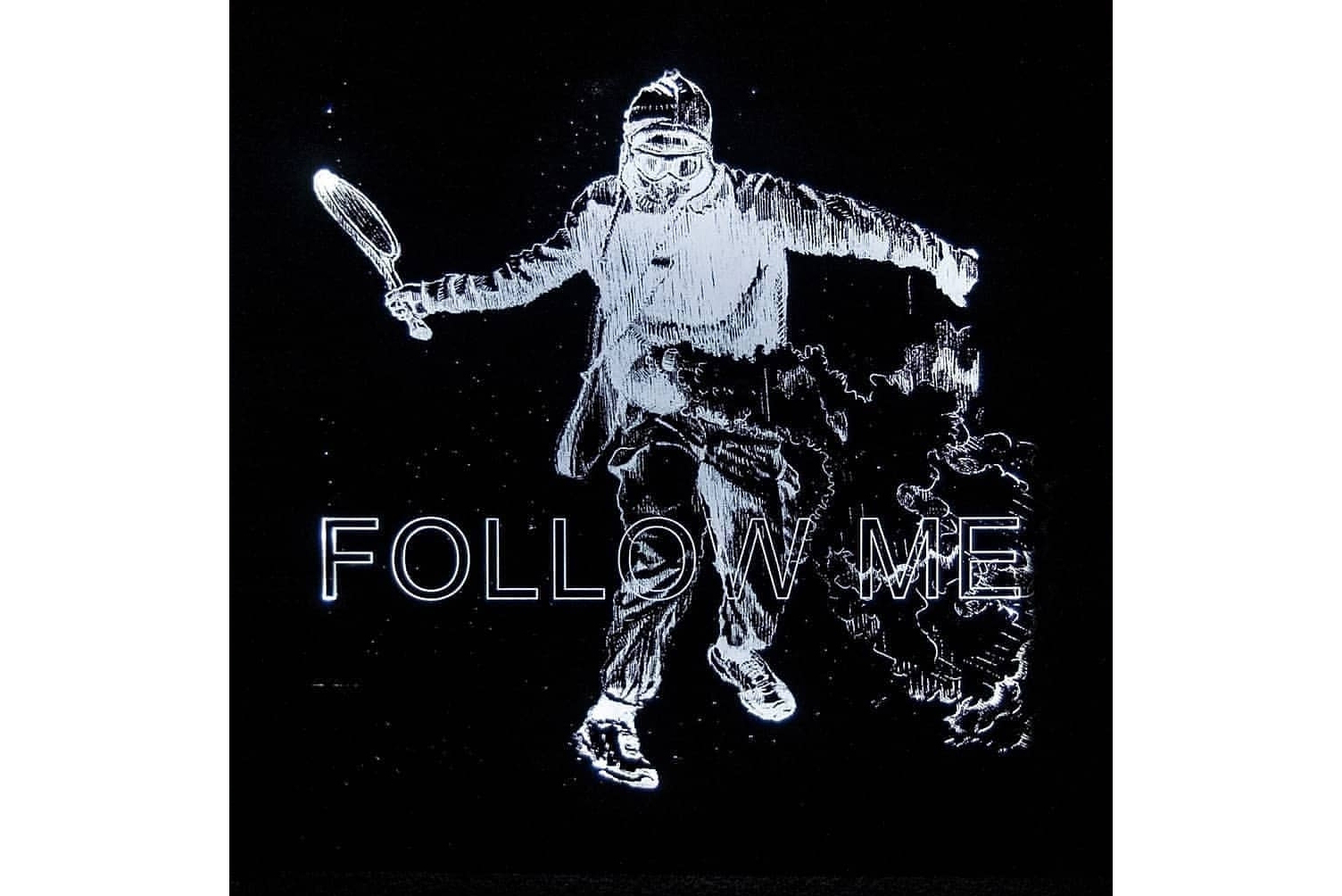 Sorority and feminism to TRANSform. Lesbian, trans and bisexual women in action! 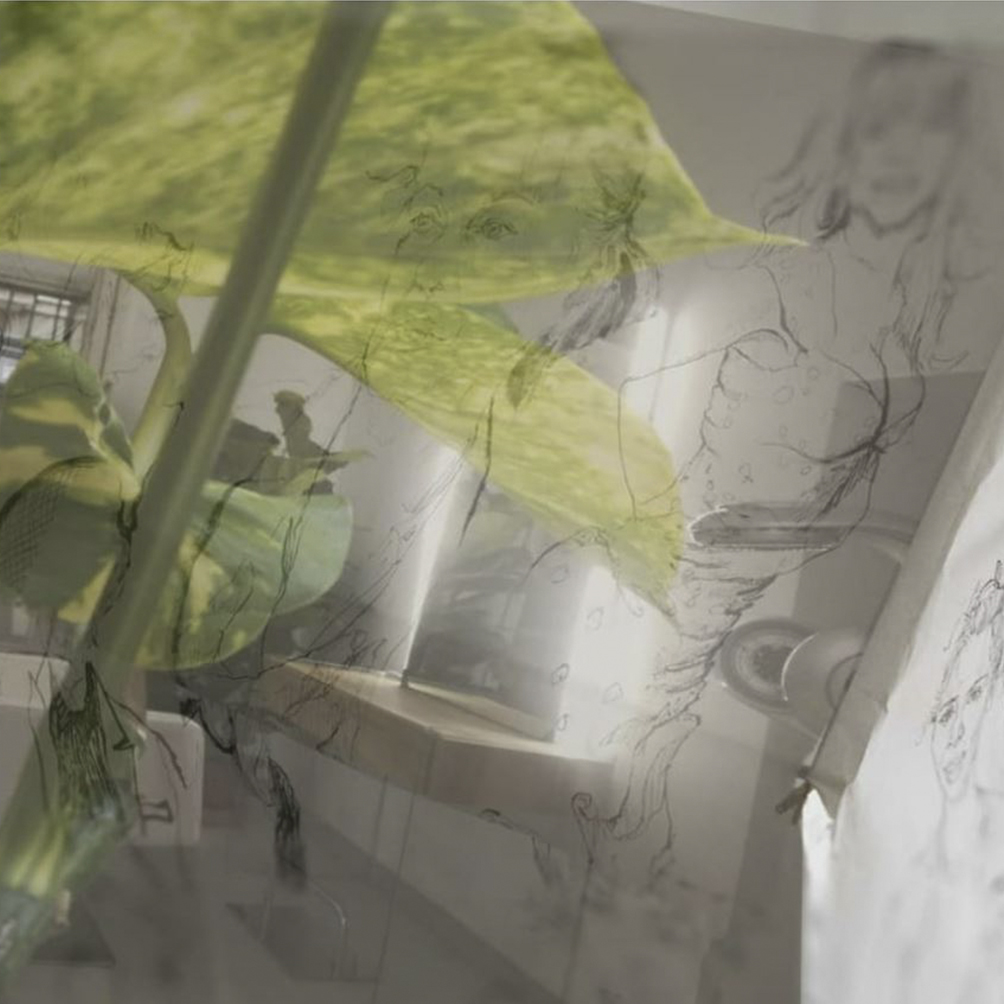 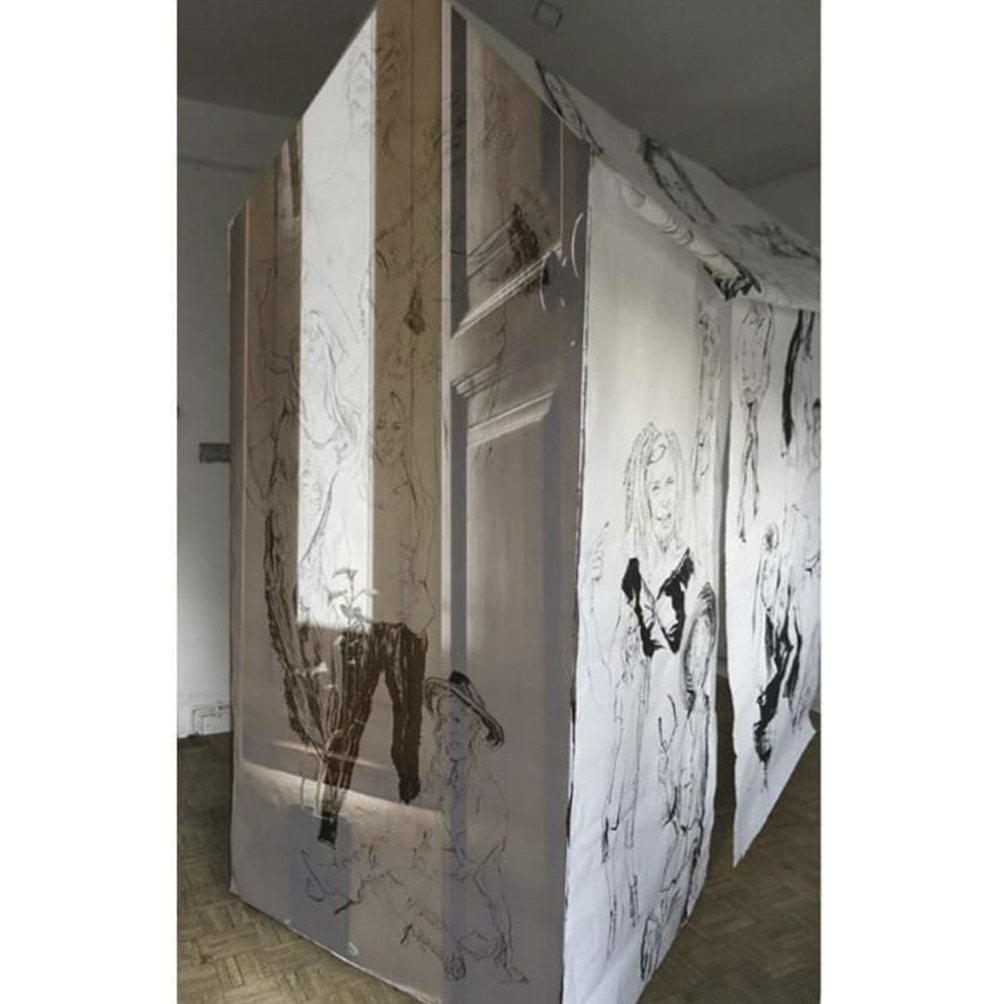 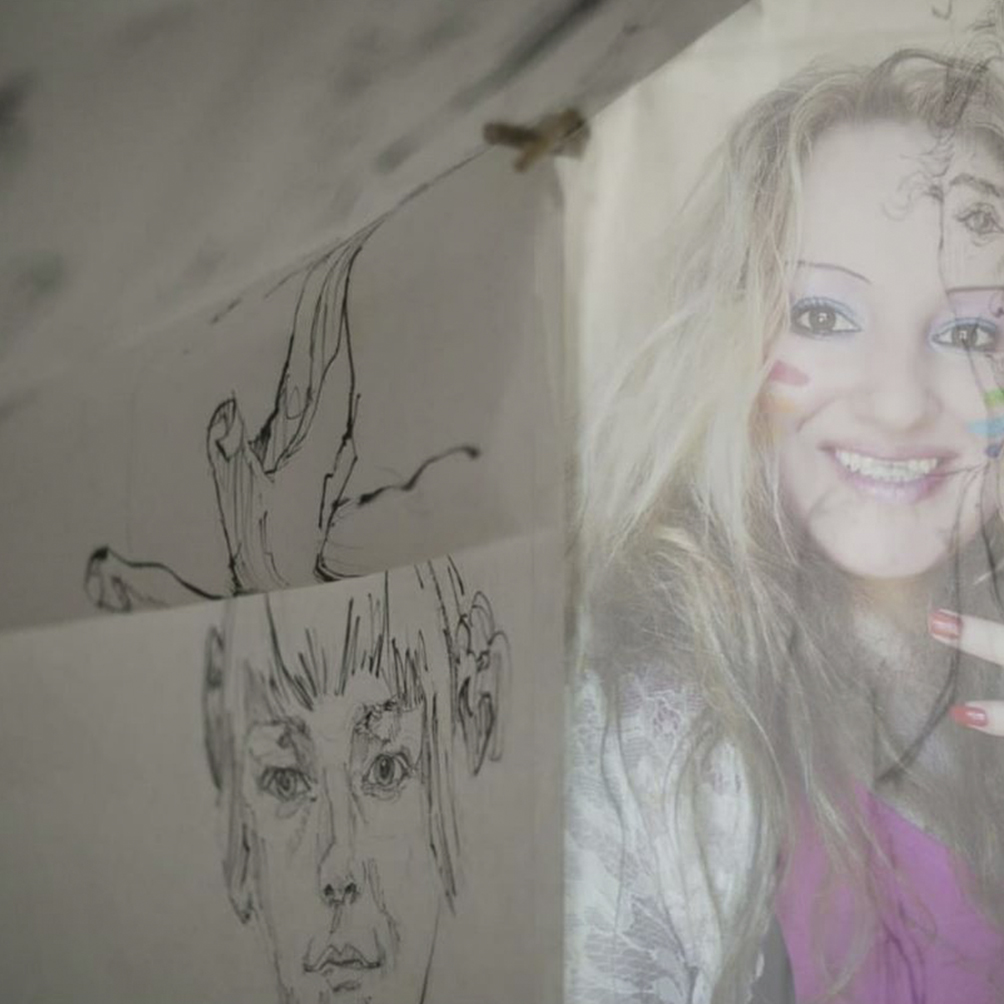